SubC Imaging was founded n February 2010 by Chad Collett, who had been working as a subsea inspection manager at the time. Chad’s experience in the industry led him to believe that he could produce higher quality products for underwater imaging applications. He developed a prototype camera framework and secured testing with local oil companies. Footage was gathered offshore, a website created and the first sale was made in Australia.

Chad was sure that there was an opportunity so he pitched the concept to the Genesis Centre and invited longtime friend and software developer Adam Rowe to join as a partner. Together, they built a dedicated team and with their help, have worked to develop SubC into the successful company it is today.

From its humble beginnings, which saw the sale of just three underwater cameras in 2010, SubC’s sales have grown steadily year after year. To date, SubC has sold nearly 600 products to clients all over the world, including Canada, the United States, the United Kingdom, Italy, Germany, Russia, Singapore, Australia, and Saudi Arabia.

To diversify in a challenging economy, SubC has split out its custom engineering and inspection services into a second company. The unique skills that its technicians and engineers have learned over the past seven years have created another opportunity to grow the local economy with national and international business.

Closer to home, SubC has increased its involvement in the community and charitable initiatives by becoming a sponsor of the Kids Eat Smart Breakfast Program at Riverside Elementary, contributing an annual scholarship to a graduate of Clarenville High School, donating to the NLSA Boys U14 Soccer Team, and Petty Harbour Touch Tank, among others. SubC employees have represented the company by participating in the Power to Hope 5K Run, the Heart and Stroke Foundation’s Big Bike Ride, and volunteering at the Riverside Elementary Breakfast Program. SubC also makes annual contributions to Plan Canada International Inc., and is particularly fond of the Because I Am A Girl campaign, which aims to lift women and girls out of poverty.

SubC is proof that technology companies are not confined to urban areas. It will continue to support the local community with time and resources. One of its long term goals is to create a hub of underwater science and learning, with a focus on youth and the future. 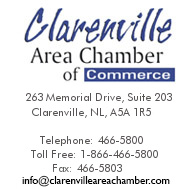